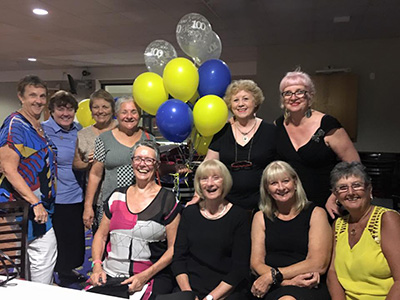 The Daughters of Our Lady of the Sacred Heart were founded in Issoudun, France, by Fr Jules Chevalier. As a young priest Jules lived in a time where people had grown indifferent to God…..something that still resonates in our world today ….. But Jules was a man, in many ways, ahead of his time.

Jules Chevalier saw that there was a great need for people to know and believe in God’s love for each and every person; and for them to let that love transform their lives. He had a burning desire to bring people to the heart of Jesus; the heart where hope, salvation, justice and peace emanate. But he could also see that people had turned away from the very source.

Issoudun in the 1800’s was known to be the worst parish in France. Only six women attended Sunday Mass out of the entire town’s population. When Jules Chevalier was appointed to Issoudun, it didn’t knock the wind out of his sails, as it would most people ….it set him in motion ….for he knew if he could convert a town like Issoudun, he could convert the world!

Thus in 1854 Jules Chevalier founded the Missionaries of the Sacred Heart, an order of priests and brothers whose mission was to make the Sacred Heart of Jesus known and loved across the world.

Twenty years later, in 1874, Jules founded the Daughters of Our Lady of the Sacred Heart, who, drawing there inspiration from their title, also shared the mission of making the loving Heart of Jesus known.

By 1884 there were seven professed Daughters of Our Lady of the Sacred Heart. Of these seven sisters, five set sail for the missions of New Guinea, leaving only two sisters behind in France. Just allow me to repeat that …..there were SEVEN professed Sisters, of which FIVE set sail for an unknown land on the opposite side of the world; leaving only TWO sisters behind to continue the establishment of the Congregation.  I do not know who was more brave – the five who set sail OR the two who stayed behind!  One of those who stayed in France was Mother Marie Louise Hartzer, who continued to nurture this small congregation into an international order.  But the story is even more amazing …..of the five who set sail, TWO of those sisters had made their first profession of vows the VERY DAY they set sail !!!!

These five Daughters arrived in Australia in January 1885. Cardinal Moran requested that the Sisters establish a school in Botany ….so two of the Sisters remained in Sydney….. the first OLSH establishment in Australia.  The three other Sisters sailed onto Thursday Island, also founding a school, and in time a clinic, and orphanage…..hence we have the first foundation in Queensland.  These sisters were so very brave and undaunted, speaking only French, with little processions, to arrive in such a remote and foreign place.

Now I tell you all of this to set the scene of the tale of these extraordinary women, the mission that compels them, the desire to make Jesus known and loved, and the legacy of these amazing foundation women, in which the Daughters continue to live, work and minister.

And so it was in 1916, in a desire to expand the Catholic School system in Brisbane, that Archbishop James Duhig invited the Daughters of Our Lady of the Sacred Heart to Corinda. As we all know, Archbishop Duhig was a builder of extraordinary proportions, but he did not like debt, so in July 1916, he made a gift of land in Clewley Street beside St Joseph’s Church, and simply told the people that it was now their responsibility to build a school. The people responded, apparently very eagerly, and the school was built within six months.  On the 11th December 1916 the General Council of the Daughters of Our Lady of the Sacred Heart in France granted approval for the Sisters to go to Corinda, and so it was on this VERY DAY, one hundred years ago, on the 28th January 1917 that the Convent of Our Lady of the Sacred Heart and St Joseph’s School Corinda were blessed and opened by Archbishop James Duhig.  The foundation Sisters were Mother Chanel Bergin as Superior, along with Sisters de Pazzi Brady, Mildred Mahoney, Rosa Maher, and Margaret McDonald.  So important was the occasion that special trains were scheduled from Ipswich, Goodna and Brisbane Central Stations to transport the crowds to Corinda!

Corinda was not yet a parish, but simply a Mass centre attached to Goodna parish.  However, after the Daughters arrived, the Blessed Sacrament was permanently installed in St Joseph’s Church, and the Church was opened daily….. a significant advance for this pioneering community.
One year later in 1918, the Daughters purchased further property along Clewley Street and in January 1919 opened Our Lady of the Sacred Heart Boarding School for Junior Boys, again a very significant establishment for a place that was still not a parish.

Once established as a Parish in 1923, the Corinda Parish boundaries initially extended from Richlands to Chelmer. Fr Murphy would travel to Darra with the Sisters to celebrate Mass in the local Darra Picture Theatre.  Confessions were held behind the piano, and the Sisters taught religious instruction to the children. This continued until Our Lady of the Sacred Heart Church and School was built in Darra in 1937. The Corinda Sisters travelled to and from Darra by train daily, teaching in the School until 1953, when, by this time Darra was a separate parish. For the past 20 years the OLSH connection in Darra has been rekindled with the ministry of pastoral visitation and church sacristan, by one of the Sisters, catching the train to and from Darra, as her predecessors had done.

Back in Corinda, the boy’s boarding school closed in the late 1930’s.  In 1941 Our Lady of the Sacred Heart College Corinda opened on the site of the boy’s school. This college, a secondary school for girls, was initially both a boarding and day school. Whilst it was only ever a small college, its intimacy was one of its advantages. For its size, the academic, sporting and musical achievements of the girls were of the highest standard. The legacy of this little college and the love of the Sisters is evidenced by the fact, that though the college closed in 1972, it still has a strong Ex-Student Association, who gather for reunions far more regularly than any other school in Brisbane.  So many of these wonderful college girls are happily present, celebrating with us tonight.

The Daughters withdrew from administration of St Joseph’s School in 1993, but Sisters continued on the teaching staff and helping at the school for some years. The legacy of this fine education, and the fact that St Joseph’s School Corinda and OLSH School Darra continue to thrive, and foster Catholic education in the district, are only part of the story.

For the past 100 years, over 150 Daughters of Our Lady of the Sacred Heart have worked, ministered, and served us in so many aspects of our lives…..

This list is not exhaustive, but only a sample of much of the involvement of these amazing, yet humble women.

To all Daughters of Our Lady of the Sacred Heart we offer our thanks for 100 years of bringing the love of God to so many people through so many actions.

The parish of Corinda Graceville and the Parish of Darra Jindalee are forever indebted to the Daughters of Our Lady of the Sacred Heart for countless works and ministries.

Sisters, your founding father, Jules Chevalier, and Mother Marie Louise Hartzer, tonight are marvelling at what you have all contributed to over the past 100 years, and how you continue your quiet lives, selflessly bringing the love of Jesus into the lives of so many.

We thank you and we applaud you.

May the Sacred Heart of Jesus be everywhere loved!  Forever!

Our Lady of the Sacred Heart – Pray for us!